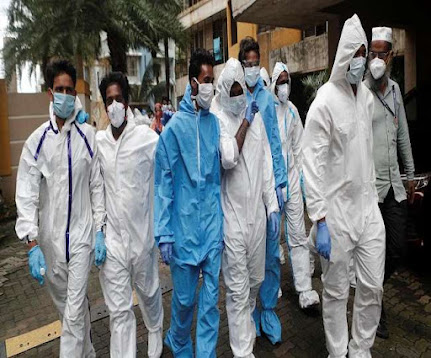 The corona test report of a Bangalore doctor, one of the first two patients found infected with the Omicron variant of corona in the country, has come back positive. At the same time, in the midst of panic due to the new variant, after 558 days ie one and a half years, the least new cases of corona infection have been reported in the country at 6,822, out of which 3,277 cases are from Kerala alone. There has also been a decline of about three and a half thousand in active cases.

Officials of the Greater Bangalore Municipal Corporation said that the doctor found infected with Omicron has been kept in quarantine. The South African citizen of Gujarati origin who was found infected with Omicron along with the doctor has gone abroad without informing the administration. In this case, a case has been registered against the concerned people including African citizens.

Meanwhile, the cases of Omicron, a new variant of corona, are increasing in India. On Tuesday, ten more new cases of Omicron have been reported in Pune city of Maharashtra. A top Pune official informed that about 30 thousand passengers were tested for corona at the airport. Omicron's report has come positive in ten of these people.

Earlier on Monday, two cases of Omron variant were reported in Mumbai. The total number of people infected with this variant in Maharashtra has now increased to 20. The total number of infected with Omicron has increased to 33 in the country, out of which 20 cases have been reported in Maharashtra, nine in Rajasthan, one in Delhi , one in Gujarat and two in Karnataka. Today, more than six and a half thousand cases have been reported in the country within the last 24 hours. During this 220 corona infected have died.

Mumbai on high alert regarding new variant of Corona

Meanwhile, Aslam Shaikh, a minister in the Maharashtra government, told that Mumbai has been kept on high alert. Kovid centers have been prepared to quarantine those who are coming from outside. There are also 20 hotels where they can stay. Oxygen has also been arranged in all hospitals and Kovid centers.

According to the data updated by the Union Health Ministry at 8 am on Tuesday, the number of active cases has come down to 95,014, which is 0.27 percent of the total cases. 220 people have also lost their lives due to Corona epidemic, out of which 168 deaths are from Kerala alone.

Omicron reports of eight out of 10 infected people from high-risk countries in Kerala have come negative. The reports of two are yet to come. At the same time, 12 out of 318 people who came from other countries in Kalyan Dombivli Municipal Corporation area in Thane district of Maharashtra are not known. All these mobile phones are going off. Officials are looking for them.

Corona situation in the country